Iraq War Earplug Lawsuits.  The Second Gulf War commenced on March 20, 2003.  Also known as the Second Iraq War, the massive military action by the United States and Great Britain was an attempt to eliminate a perceived threat from the weapons program of Iraqi dictator Saddam Hussein.

U.S. military personnel from all branches of the armed forces were deployed to the Persian Gulf.  This included combat troops, airmen, explosive ordinance specialists and many more. 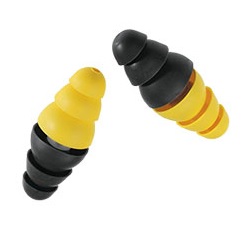 Thousands of American military members were exposed to thunderously load noise while deployed in Iraq and elsewhere around the world.

Many of these soldiers were issued earplugs manufactured by the 3M company.  However, Iraq War earplug lawsuits filed in court allege the ear protection devices were defective.  Accordingly, thousands of service members are believed to have sustained permanent hearing loss, tinnitus (ringing in the ears), and other related injuries.

If you or a loved one sustained hearing damage following service in the U.S. Armed Forces, you may qualify for financial compensation.